And then had to go change my underclothes. 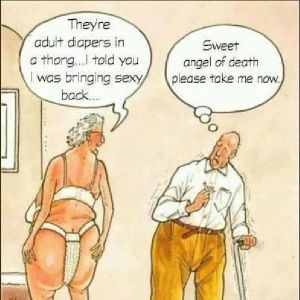 I’ve been to the optometrist three times so far trying to work out my contact prescription.  The problem was, right before Vegas I realized I was out of contacts – well, I’m not traveling half way across the country without a back up pair, so I popped on over and he gave me a pair to wear to test the prescription and a back up pair.  As soon as I put them in, it felt wrong.  He said to just give my eyes some time to adjust.

It’s been a week and it still wasn’t right, so I scheduled an appoint to go back in.  Well, my right eye is blurry, but we can’t bump it up anymore because I’m seeing 20/20 at a distance.  We can lower the script in my left eye to help balance things out.

But, do you know what this all means? It means that pretty much as soon as I turn 40, I will need reading glasses. 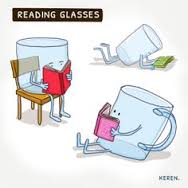 I’m at the age that I have started singing alone with the elevator music.

Conversations with my friends have turned into a competition of who has the worst ailment.

I seriously don’t recognize half of the people on TV now-a-days.  Kelly Ripa has been on vacation, I haven’t recognized half of the women brought in to guest host with Michael Strahan.

Driving down the road the other day I thought “He’s a cutie”.  And then gagged when I realized he might not even be old enough to drink yet.

All young people are starting to look the same age to me.

In just over a week I will have officially hit another milestone birthday.  I’m not worried, but I’m pretty sure I’m not prepared, either!

Did I mention the reading glasses?

At least I can still be useful: 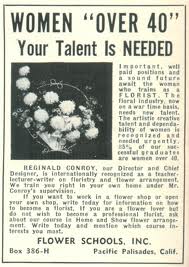