Okay, so we all hear what we want to hear, and sometimes what we hear isn’t what was said. And sometimes, we just flat out don’t hear it correctly.
Dad and I both heard the same thing, at different times, so that at least makes me feel better that I’m not operating in the “hear what you want to hear space”. We both understood the information to mean one thing, and the reality is apparently totally different…
I was under the impression that a good portion of the tests and labs being run were to help get Lee better and a side result was that this would help get him on the transplant list.
Boy, I could not have been more wrong.
Mom took the early morning shift yesterday in order to catch all of the doctors. I had volunteered so that she could get some sleep, but she wanted to be the one there when the docs came in and I totally respect that, I would too if it was my kid in there! I came in and it didn’t look like good news, but operating on the cloud of information I had, I wasn’t prepared, none of us were, actually.
As of right now, everything that is being done is not to help get him on the transplant list, but to just help him survive. To try and keep him alive.
His liver enzymes are looking better, meaning they haven’t gotten worse. His kidneys are doing worse, the numbers are a bit better but that is due to dialysis, not because they are functioning in their own. He is running a fever so he does have an infection somewhere in his body. They have him on antibiotics and will take cultures to see if they can identify who, what, when and where. Okay, they don’t have to identify all of that, it just sounded good!
I know that most of this information you don’t need, but in addition to using this blog as a cathartic release, this is a good spot to document and record Lee’s journey. I do have to laugh sometimes, because I will anguish over my Facebook status update, making sure I only put specific information out and try and keep it as positive as possible.  I need to keep family and friends updated and honestly, FB is just much easier than trying to email and text and call everyone, but not everyone needs to know the nitty-gritty information.  So, aren’t you guys the lucky ones?!?! 🙂

I live in Texas.  I only own two pairs of jeans and you can only wear them so many times before you have to put them in the dirty clothes basket.  I’ve worn them twice (okay, one of them I actually wore three times) but today I was reduced to my track pants.  Yup.  The very loud pants – the ones that announce you are coming into a room minutes before you actually arrive.  But, I paired it with a really cute top!  I totally pulled it off, but that’s not the point – the point is that I must find time to do laundry! I figure if I have time to update you, then I have time to do laundry… 🙂 I’ll have clean jeans tomorrow.

The weather is finally warming up, but the problem is, I haven’t shaved my legs all week and I’m still as white as a ghost because our winter had dragged on forever.  FOREVER.

Anyway… back to the real story.  If you are tired of updates on Lee, then go ahead and just hit the “like” button and move on.

Lee has responded very well to the dialysis.  This morning we found out that his kidneys are improving.  We also found out that his liver is still congested and is getting worse.  His enzyme count is going up, and going up is bad.  So, a GI doctor was called in and we talked for a bit.  He asked about this and that and was surprised that the heart condition was just diagnosed 8 months ago.  He asked about family history.  I explained to the doctor that Lee was adopted and we don’t have any information about his family history.  (Oh, by the way, for those of you that were surprised yesterday to see that Lee and I don’t look alike, he’s adopted.  We got him when he was 6 months old, from South Korea.  As another side note, I’m really proud of myself for remembering that he’s adopted, cause I can’t tell you how many times I’ve been in the doctors office with him and when family history comes up, I start to list off medical issues in the family and he looks at me and goes “I’m adopted”.  Or, when I’m alone and filling out my own paperwork, I can’t tell you how many times I have to stop and tell myself “No, heart issues don’t run in the family, Lee is adopted.”  🙂 I don’t refer to him as my adopted brother, because to me, he’s just my brother.  Plus, it’s really fun to mess with new people “don’t you see the resemblance? ” or even better, and yes, my sister and I have done this “Mom had an affair with the milk man, but don’t say anything, dad doesn’t know.” ) 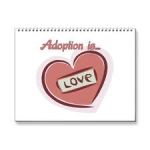 Okay, where was I?  GI doctor.  He ordered some tests, some blood work and a sonogram.  I’m sure we will have the results tomorrow.  We also saw the Infectious Disease specialist today.  Lee seemed to be running a fever – and apparently it’s very hard to run a fever while on dialysis.  I wasn’t aware, but the process of removing, cleaning and replacing the blood, it cools it down.  Lee is under several blankets and a bear hug blankets – which is pretty cool, it is a blanket of tubes and hot air is blown into the tubes and it “hugs” the body to help it stay warm.  The ID doc says everything looks okay, but they are going to monitor Lee, just in case.

Lee is still in a lot of pain, and one of his doctors pisses him off beyond belief, but that’s the doctor that comes in and presses hard on his belly every morning.  That would upset me, too!  Today he slept a lot today, but when he did wake up, he was very lucid and was able to have a conversation with all of his doctors.  He is drinking now, and the nephrologist is very happy with the urine output – while minimal, he is producing some and that is a good thing!  Lee also requested some fruit, grapes specifically.  When his surgeon came in we asked about that, and he cleared Lee for the fruit.  We were able to have nutrition bring up a fruit platter and Lee ate several bites.  This is great news as it relates to his progress.

Not the actual fruit plate… but it is pretty darn close!

Right now all of his doctors are thinking that the liver problems are related to his heart condition.  Once the tests are run and everything else is ruled out, then they will do a heart cath and monitor the blood flow on the right side of his heart.  The results of this test will probably mean that the transplant team will be notified and Lee’s file will be pulled and they will start reviewing the tests.  But, that is still a bit in the future, so I’ll save talk of transplant for later!