So, I know there are 1,000 ways to spell donuts.  I am efficient, so I go for the shortest, yet still socially acceptable, version there is!

Now that we have that out of the way let’s continue.

A few days ago I told you that I bought a bundt pan.  What I didn’t tell you was that just hours after making that purchase in the store, I was on-line and accidentally bought a donut pan.

It arrived today! Let the confetti and streamers fly!

I have patience the size of a gnat, so naturally I hit up Pinterest and searched for a homemade donut, baked not fried, from scratch and E A S Y.

I found a recipe that, after a quick pantry check, I could make.

Thanks to Moms Need to Know, I was off and running!

I mixed the ingredients and put them in a zippered bag, cut off the tip and that made getting the dough into the pan so much easier. 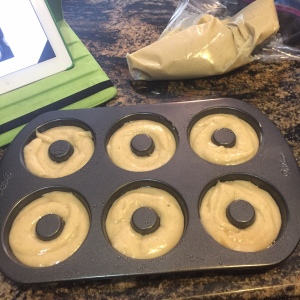 Popped it in the oven and 8 minutes later, those suckers were ready!

Now, the blogger I used for inspiration had a glaze and a chocolate and, well, 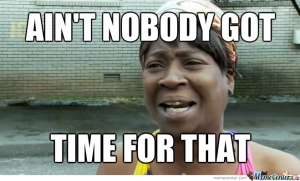 But, have you seen this? I think if you look up “awesome sauce” this is what you’ll find. It’s not too sweet and was a perfect compliment to the donuts. 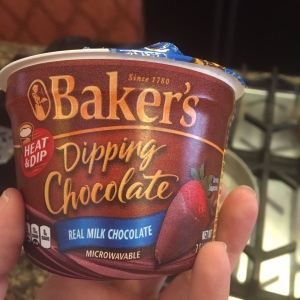 So, one minute and 30 seconds later, the chocolate was melted!  I took the donuts that were cool enough to touch and dipped them in the chocolate (and FYI, that container is the perfect size to dip the tops of the donuts, I didn’t even have to dirty up a bowl!)

And then sprinkles, cause:

I have found the physical manifestation of “sad”.

Meals just for me.

Mr. T is growing up, and he’s out of the house more than he is there – but, let me tell you before I forget, he’s so awesome!! He had signed up for some things and declined to sign up for others because he was “stretching too thin”  He said that he had certain priorities and wanted to be able to commit to them, and still needed to be able to balance everything else in his life.

I don’t know if he is the smartest teenager in the world – or if he was throwing my buzz words back at me so I wouldn’t question him, but either way, it was a win! 🙂

Back to being sad, now!  I’ve been keeping an eye open for small individual containers because I knew this day was coming, no matter how often I visited the river Nile! 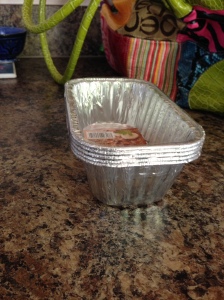 That is twenty cents each!  I had to grab a set – I figured for $1, if it failed, it was worth the experiment!  I took the left over quinoa, spinach and artichoke pasta from the day before, portioned it out and sealed those suckers up! Now they are stacked neatly in my freezer ready for a day when I’m all alone… all alone…

On the plus side, I learned how to make a frappuccino at home! 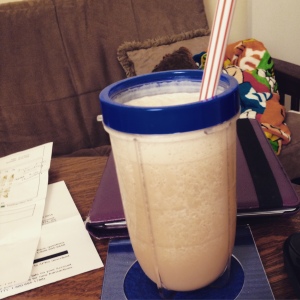 That my friends is the physical manifestation of Happy!

You can go here to watch Collin at Hip2Save teach you how, too! It’s not an endorsement, I’m just giving credit!

OHHH… here is a sneak peak of our Pin Pen Pals Project!! Thanks to every one who participated and mailed their pieces back!  I can’t wait to share the competed project with y’all! 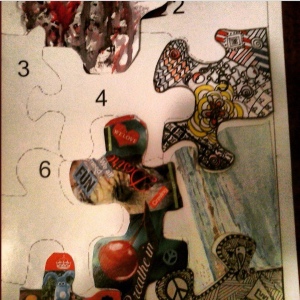 And lastly, here is my final thought: 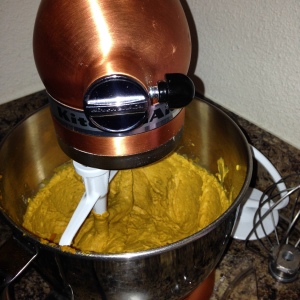 Pumpkin goodness going in the mixer.

My kitchen is about to smell really nice! 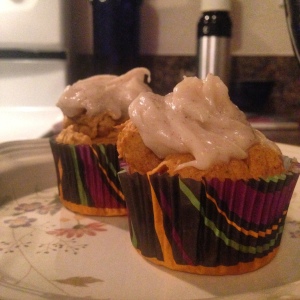 The word you’re looking for is “Foodgasm”

Personally, these muffins don’t need the frosting, but boy oh boy, were they good!

I started with rocks glasses that I picked up from the local dollar store and I make stencils of their last name initial and frosted the glass to give it a personalized touch, cause you know – that’s just what I do! 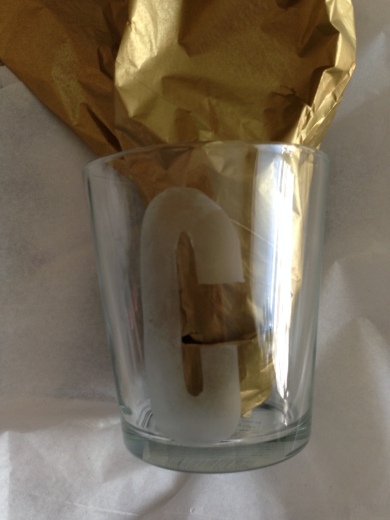 While at the dollar store buying the glasses, look around and get distracted and end up finding some awesome camouflage duct tape to add to the gift! I mean, who doesn’t need more duct tape?!?

Then swing by your friendly neighborhood liquor store and spend way too long browsing the miniature versions of whiskey before finally just going with the guy behind the counters suggestion.  Then run over to the cooler and breathe a sigh of relief that their sodas aren’t outrageously priced and grab a couple! Because yes, it’s easier to just buy what you need – plus, you are supporting a local small business and keeping your money here and not in the pockets of the big corporate CEO!

Okay, I’m stepping back down off my soap box now! 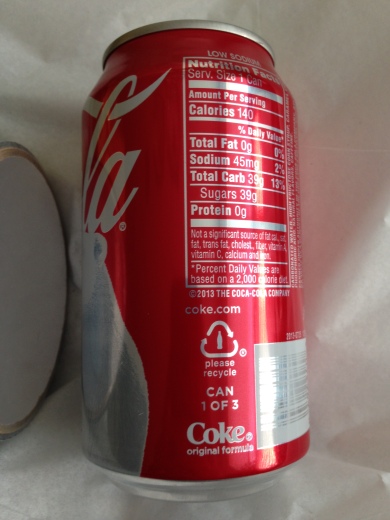 Now, put all of these items neatly together in a box… wrap the whiskey in tissue paper and place it gently inside the personalized rocks glass. Grab the least “fancy” tissue paper you have to stuff the sides to keep everything in place.  Cause, you know, things need to stay in place, but they are guys and the pretty tissue paper would just be lost on them!  Save it for your grandmother and girlfriends! 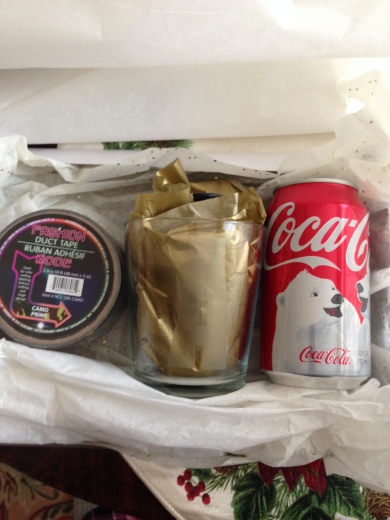 Then you need to rearrange everything half a dozen times before you give up because you realize that no matter how you try you cannot get the top of the box on and none of the boxes you have will work.

Now go grab a couple of gift bags.  Empty the box out, take the aforementioned tissue paper and transfer it to the gift bags.  Fill them up with all the goodies and place under the tree until you see the guys in your life! 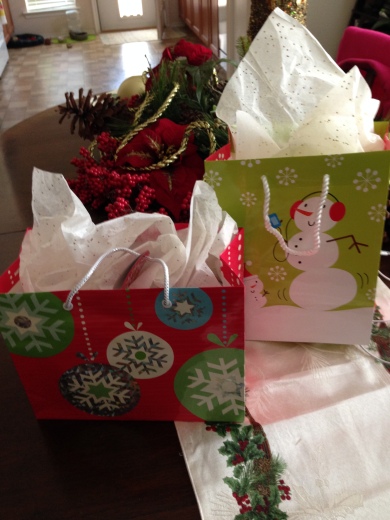 Gift bags and tissue paper I always have on hand, and never consider the cost of that, so for less than $4 I have a cute and personalized gift for the guys in my life.

All two of them.