In addition to Mr. T taking sophomore English in his high school class, he is also taking the first half of junior English on-line via a large university.  I’m really impressed with his drive for his education, and I’ve said extra prayers for him with everything on his plate, but sometimes, even the extra work is fun.

Tonight he came in and asked if I would help him write a poem for his on-line class – and he did such a good job, I have to share!

I crawled all day through thick brush and thorny vines

To see her eyes that are so divine

I evaded predators big and small

Fast and short, round and tall

With me I carried my parcel and a sack

Full of dishes and utensils and a tasty snack

After a long days journey to see my sweet

I pulled out a blanket and set up a feast

Once the dishes were placed and the last candle was lit

I crossed my six legs as I prepared to sit

Then I looked up, saw her crawling towards me

And I had to shout “Oh, no! Lookout! The branch is falling from the tree!”

Crisis averted she gave me a hug

My one and only, my little lady bug. 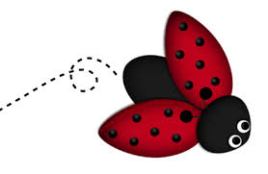 Sometimes it’s the little things that make the days brighter.  After he finished his assignment, he came back to the living room and we talked.  Not about anything special, the book I’m currently reading, his extra-curricular activities and such, but it is so nice that even after all this time, and through the teenage years, my son still wants my help and likes to sit and talk to me.  🙂 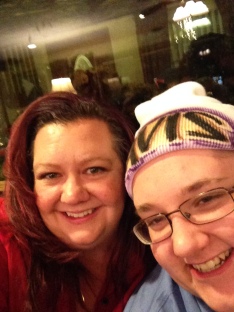 Before I give you my brilliant post – let me update you on my brother.  He had a great Monday.  I went and saw him Tuesday and he had a less than stellar day.  I had to be home before Mr. T, so I left Dallas early.  He was acting odd, ended up falling out of his chair and was struggling to get comfortable and even struggling to think and form sentences.  A couple hours after I left, they ended up sedating him and putting him on the ventilator.  This was devastating.  While he was under, they were going to do a contract CT and see if there was something they were missing, like a blood clot, an infection, an inflamed pancreas – anything.  If it was operable, the surgeon was going to take the risk and operate.  In the meantime, earlier in the day a couple of departments, like Pulminology, signed off on the transplant, and one of his doctors was talking about doing the LVAD this week.  Things were really looking up, despite the fact that he was having such a rough day.  I let my friends and family know that things were rough and to please keep sending prayers.  I let my good friends know that it was a make-or-break it kinda night and there was a big possibility that Lee wouldn’t make it through the night.  The CT scan came back clear, there was nothing that they could find.  And, he made it through the night.  Thank God for prayers.  This morning he was fighting to breathe over the ventilator, so they are keeping him sedated.  He also had a fever of 102.9 so they have packed him in ice.  A few hours went by and his fever is up to 104 and now they are worried about septic or cardiogenic shock.  Both of those are very serious.  Cardiogenic shock is a big concern.  So, blogosphere, I appreciate you keeping him in your thoughts, prayers and sending good energy his way!

Now, onto other things!

Okay, when I was growing up, you didn’t get a letterman jacket until you were a junior in high school.  In fact, I seriously remember turning my nose up a freshman who had the audacity to get a letter jacket when she was a freshman.  Yeah, I wasn’t as accepting of people back then.

Actual letter jacket for our school… not ours though!

Apparently I hadn’t fully let go of that preconceived notion, because my freshman son came home with a letter jacket order form.  He has enough points to qualify for one.  My jaw hit the floor.  I was like, but, but, uh, what??? Really?  I totally hadn’t expected this.  Now, keep in mind he is at a new high school, they only allowed freshmen and sophomores in this first year and at first I thought that these kids could get their jackets early because of that fact.  I was wrong.  When I posted on FB about this, someone responded that their freshman girl was getting one – and they are in a different school district.  So, apparently the times have changed.

I never got a letterman jacket – I qualified and had the letter and patches, and my parents gave me a note for my birthday or Christmas or at some point that said that they would buy me one.  But, they never mentioned it again and I never brought it up.  I mention this, because I started to fill out the form, and well, I couldn’t   The form was smarter than I was.  Mr. T and I were next to each other going over it, and what he wanted and well, I got the basic understanding, and then had to call the shop and left a message to have them call me back.  I felt silly! I mean, it’s a form, for a jacket.  How hard can it be? 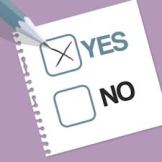 The form was not this easy…

I called again the next day and got a great guy who assured me that I was not the first parent that was stumped by the form.  Thank goodness!  I don’t care if he was just being nice; I’m taking his word as gospel that others struggled to fill out the form properly! With his help I was able to figure out the form and then regroup with Mr. T and figure out what he wanted and how to order it.  (And, I still must have done something wrong, as my math was off!  The receipt came back with all my calculations crossed out and new ones entered!  Granted, I was only $10 off – in their favor of course – but still!!)

I’m telling you, it was a production! All for a jacket, that for the money I’m spending he had better wear until it falls apart.  I mean, he needs to sleep in it.  He needs to wear that sucker year round; I want him sweating in it during our 110 dg. summers.  I’m not kidding.

Okay, I’m kinda kidding.  Kinda.  But for the leather sleeve upgrade that he wanted, I fully expect this jacket to last.  Forever and ever.

Now I just have to figure out how my sewing machine works so that I can add the new patches we will get every year.

And by figure out how my sewing machine works I really mean that I have to sweet talk my dad or Karaboo. 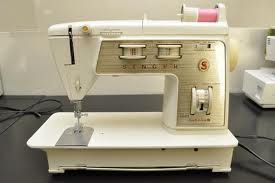