The other day I had to have a bundt pan. Now, it’s been on my Christmas list for years, so I’ve been refusing to buy one, and now for the life of me, I can’t remember exactly why I HAD to have one, but within a few days, I was at the store.

I got it home and at a loss for why I wanted it, I still knew I had to bake something.

I picked the first recipe I found that I had all of the ingredients on hand for.

I’m 100% sure that the batter was supposed to be smooth and pourable.

In the interest of full disclosure, it wasn’t. It clotted up and the batter was super thick.

You’ve heard me mention that I’m flexible with my ingredients, well, I was too impatient to wait for the butter to come to temp and I may have done the shortcut and put it in the microwave to temp it, and it might have not handled it very well when it hit the cold stainless bowl, and the cold milk and eggs were added. That is my guess.

Baking is a science.

I am not a scientist!

So I made a quick chocolate glaze because chocolate fixes everything.

It wasn’t bad, but it wasn’t something I would have shared with you! Mr. T and I ate it, but since he has grown up with my cooking, he has a lower standard!

So, I put out a call for new bundt pan recipes! And right now my house smells lovely making a cinnamon apple monkey bread suggested by Holly. 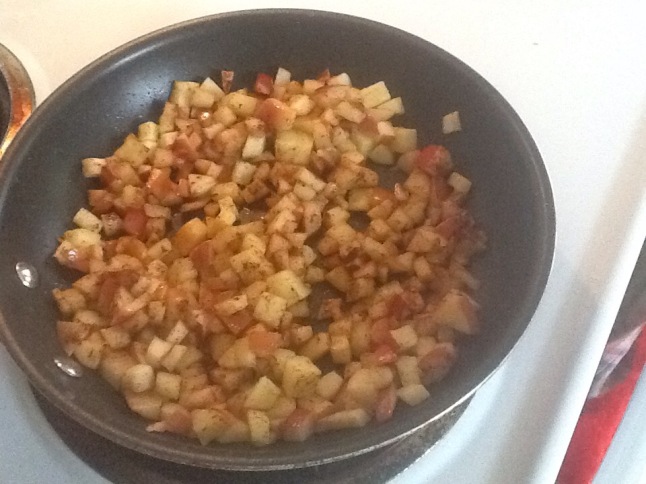 Yum! See those apples covered in cinnamon? Delish! And yes, the recipe calls for green apples. I loathe green apples and have a plethora of red ones on hand… So red it is! 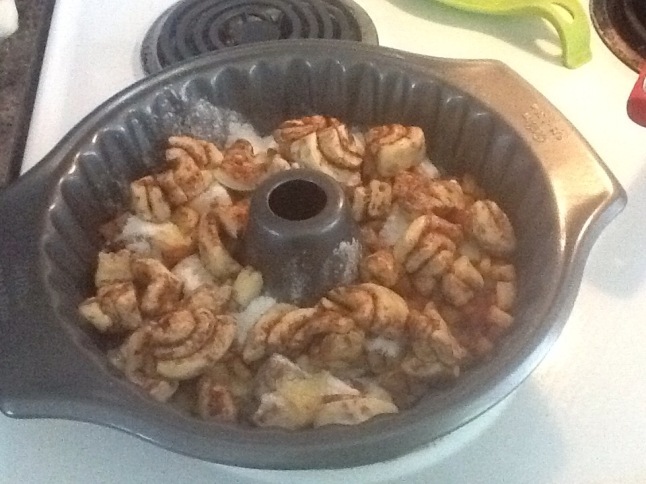 And I think there is something on my iPad camera, as the bottom of those photos are blurry… But I’m just keepin’ it real peeps!

Another friend, Kari has suggested a Harvy Wallbanger cake… Which has an ingredient I can’t pronounce, but it sounds easy 🙂

So, help me out here, what are your favorite bundt pan recipies? Which ones do I need to try out? Let me know in the comments below and you could be featured in a upcoming episode of In The Kitchen with Kate… Which isn’t as exciting as it sound so! Lol 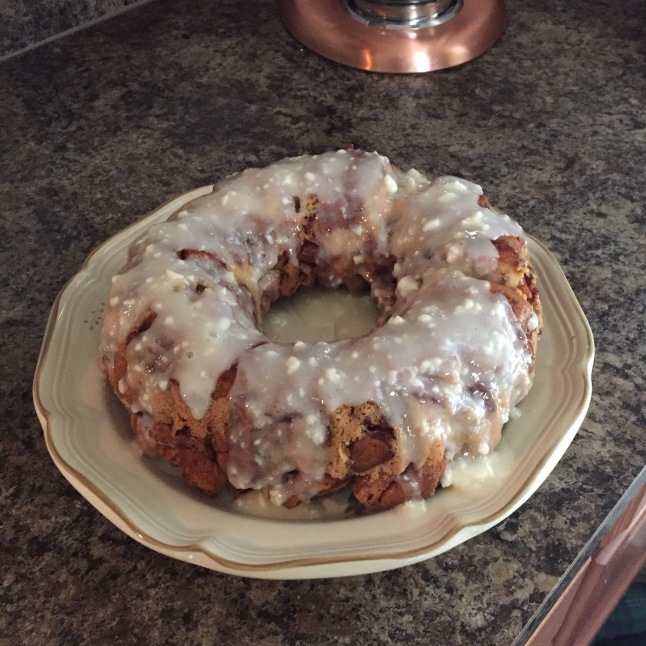 Ugh. Ignore the clumps. I was trying to get it finished during a commercial (see above re: impatience!) #GoCowboys

PPS:  I remembered what I wanted the bundt pan for!! But I’m not telling until I make it and can show you 🙂