And thank goodness for that! We were hanging out in the concession stand Saturday night, working a very slow playoff game, and I’m not sure exactly how it happened, all I know is all of the sudden one of the teenagers was going through my photos to pick a new profile picture.  Because mine wasn’t very flattering.

So I’m looking around at everyone – what do you mean? I love that picture! It’s an awesome picture!!

And I got “you know, kudos to you for using natural light.” 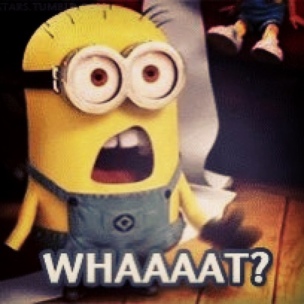 All I know is that more people should speak up when a profile picture isn’t good!

But, do it in a nice way! And that teenager really was so sweet!  Later that night I tagged her on Instagram and asked if the one I picked was better – she agreed, so whew, I have a replacement! I’ve been trying to figure out where all I have the old picture so I can replace it! 🙂

Okay, I have two replacements.  I’m pretty much afraid to make any decisions on my own at this point!

Oh! You want to know what is not my profile picture?

That is me at the start line of my very first 5k run!  It was a last minute decision… like 3 days before the race I decided to do it!  I’ve never run that far before, it is 3.1 miles and I run about 2.7 most mornings.  I had no clue what I was doing.  At all.

And, I am so shy that I was in line and these two girls were talking and included me in the conversation, and I ended up scooting a bit out of it, cause nerves and insecurity!

At the end of their conversation, they introduced themselves.  To each other!  They didn’t know each other, they were just there in a shared experience!

AGH! I have got to learn how to do that!!

But that’s not the point!  Spoiler alert, I lived to tell about my race!

Not only that, I finished in the top 5 of my group!  I was pretty darn proud of myself and now I think I’ll have to do another one!

Of course, if you follow any runners at all, it’s all about the meals.  The meals leading up to the race, and naturally the post race meal.  And boy was I thinking about a post race meal!

And then I remembered that I didn’t run but less than 1/2 a mile more than usual – LOL, it’s not like I burned an extra 1,000 calories that day!