Did That Just Happen Blog

I’m not kidding.  You think that I gave this blog post a provocative title in order to grab your attention.  Well, I didn’t.

Okay, well, maybe a little.  If I was being honest, the title would read “My Ex-Uncle Killed My Imaginary Friend”; however, that seemed too long!

When I was little, I had an imaginary friend.  It may have been why my parents decided to give me a sibling, maybe they thought I was lonely.  Apparently having my sister wasn’t the answer, as my imaginary friend hung around longer.

I’m sure I had lots of fun with my imaginary friend, we probably went everywhere together and played dolls together!  We shared secrets and a bath tub! We climbed the fence to the neighbors and jumped on my parents bed!

Then, one day, while visiting my family, my uncle took my imaginary friend and threw it over the balcony and…

Recently I’ve been working on staying off social media.  It’s a killer time waster and being Type A, I like to be productive.  So, I’ve taken to checking Facebook and Pinterest when I’m on the stationary bike.  It gives me something to focus on, and frequently I’m on there past my scheduled 30 minute time because I just want to get caught up to my feed!

Part of the bonus is that it keeps my mind sharper and engaged, because seriously, I want to get caught up to my feed, and in order to do that, I have to be able to read and process in a short amount of time!

It also has helped me notice some flaws in my Ego.

Per Dictionary.com: In psychological terms, the ego is the part of the psyche that experiences the outside world and reacts to it.

Case in point.  I ran across this gem the other day. 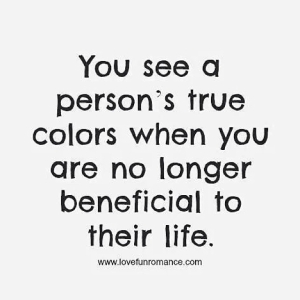 My immediate reaction was more on the negative side, my Ego feeling the rejection that comes from life moving and friends moving on.  “Well, he doesn’t need me anymore, he has his new friends”  which translates to “I must be lacking”.

Fortunately, just as soon as I had that thought, my next reaction was, why? Why does this have to be negative?

It immediately reminded me of a girl, she’s not been my friend the longest, but it’s probably darn near close! In the past, her life has sometimes gone off track and she has needed me.  I’ve been beneficial to her life.  And the same is true the other direction, I’ve needed her, and she has been beneficial to my life.

But right now, we aren’t a benefit to each other.  Our lives are pretty good.

Yet, she still calls, and she still reaches out, and we still get together.

And that’s when it hit me.  Her true colors are showing.  I offer no benefit to her life, except my friendship.  She loves me for me and that is all she needs.  I don’t have to be useful to her, I just get to be.

I can’t tell you how amazing it was to have that revelation, that what I immediately saw as “lacking” was in fact a message exactly the opposite.  I just needed a new perspective on things! 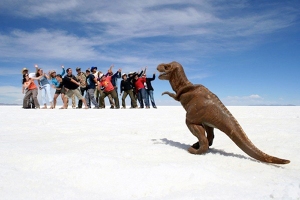 And this happened a few days ago, but I just couldn’t get it out of my mind, so I had to come share it with y’all! What do you think? Do you have a perspective thought or revelation to share?

I read an article on Yahoo! Food the other day about Secret Menus, and how many restaurants have secret menus and not so secret menus.  It spoke on the evolution of those menus and the franchises that have pulled them off brilliantly (In-and-Out Burger) and those that have failed dismally (Panera).  It was interesting; however, my favorite part of the article was the social impact that secret menus have and why they have such a strong appeal to Generation X.

In the middle of Generation X, we were thought to be slackers, flannel wearing coffee drinkers… and well, while that is true, studies have shown that we are the most education, the most focused on family, and we have the highest percentage of voters and volunteers.  Gen X’ers played the first video game, we are the masters at creating the perfect mix tape and we value honesty and fairness.

Brian Wansink, author of Slim By Design and founder of Cornell’s Food and Brand Lab, which studies consumer behavior related to food, agrees that people have a psychological draw to secret menus. “Some people really value fine dining because they feel like they’re part of an exclusive club,” Wansink says. These hard-to-get (or afford) experiences are a symbol of that person’s uniqueness. “The secret menu does that,” Wansink says, “but it’s a whole lot cheaper to spend eight dollars on a burger than it is to join the Philadelphia Country Club.” Though secret menus can appeal to people in any age group, Wansink sees it as a “Generation X Thing,” adding: “They’ve been told all their life that they’re unique. This is one way of reinforcing that.”

It’s an interesting article, but you follow that up and realize that Generation Y is in the work force now and Millennials dominant traits are those of narcissism and a sense of entitlement.

Alas, all hope is not lost as we get to the point of the blog post today.  James Harrison.

I came home to find out that my boys received two trophies for nothing, participation trophies! While I am very proud of my boys for everything they do and will encourage them till the day I die, these trophies will be given back until they EARN a real trophy. I’m sorry I’m not sorry for believing that everything in life should be earned and I’m not about to raise two boys to be men by making them believe that they are entitled to something just because they tried their best…cause sometimes your best is not enough, and that should drive you to want to do better…not cry and whine until somebody gives you something to shut u up and keep you happy. #harrisonfamilyvalues

What do you think? Are “secret menus” an exclusive club? Should we have participation trophies? I’m not sure what the answer is, all I know is that I’m looking forward to the day what I get to be the one saying “In my day, we had to walk to school.  Up hill.  Both Ways. With no shoes.  In snow.”

Have you ever seen the movie “Something to Talk About” with Julia Roberts and Dennis Quaid? It’s set in the South, and one part of the movie has always stuck out of me.  (But apparently it didn’t stick out for the thousands of YouTubers out there as I couldn’t find a clip, but I found this one, and it pretty much sums up the entire movie!)

The scene: a group of Southern Ladies are sitting in a room having their Junior League meeting and discussing the annual cookbook fundraiser.

It cracked me up, because there are some traditions that took longer to break, down here in the South, than others.  Even my mom mentioned the other day that when she was first married, she signed Mrs. John Doe, instead of Mrs. Jane Doe.  So even in my life time, it was not uncommon for that practice!

I always assumed when I got married, I would take my husbands name, it’s just what is done.

I became a single mother and enrolled my kid in school.  And realized that life was so much easier having the same last name.  And I have worked very hard for my last name.  I’ve been in the same industry for almost 20 years, everyone knows me by my last name.  There is no way I want to change that – nor have a different last name than my son.

I mentioned at a lunch meeting the other day, that should I get married, at this point, I’d keep my last name.  I’d consider the hyphen, but that would just be to compromise.  I’d want to keep my name professionally.

Imagine my surprise when he immediately said “I couldn’t marry someone that wouldn’t take my name.”

That was interesting, and he is a younger guy, a new generation, I assumed he would be more progressive than that.

Which led me to a conversation with a good friend, and we were discussing marriage, as he’s in a committed relationship, but isn’t looking to get married – but his girlfriend is! I brought up my lunch conversation from a few days prior, and darned if he didn’t immediately have the same reaction!

He could totally see why I’d keep my last name on the professional side.  And he understood wanting to save the hassle and having the same last name as Mr. T.  But he, too, couldn’t marry someone who wouldn’t take his name.

So, I brought up the hyphen.

To which a visceral response happened! He said that he didn’t know why, and he couldn’t control it, but the moment he saw a woman with a hyphenated last name, his first thought was “b$t@#”.

He couldn’t explain it, it was just his automatic response.

So, I asked, but then would you be willing to adopt Mr. T? Because that has to be a valid reason, and he said “Of course, in a heart beat a kid like him I’d adopt.”

Okay, so that’s totally where I expected the hurdle to be, but adoption was a non-issue.

The not-changing-my-name, however, was a deal breaker.

Now, before you shake your head and think I’ve lost my mind, I recognize that some of my issues are really non-issues at this point.  Mr. T is older, and so having the same last name for school and medical reasons doesn’t really apply anymore, but when he was younger, it was pretty legitimate!

I just love those moments when you get an insight into the other side of a thought! I had been so sure of my path until those two conversations – and now, well now I get to rethink!